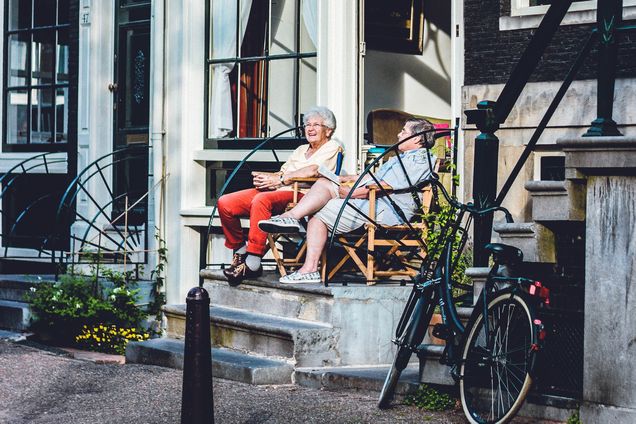 I have a long time client who is trying new hearing aids. We’ll call him Bob. Bob has worn hearing aids for years and his lifestyle is very active. He and his wife participate in their home-owner association activities. He is also involved with a few other groups in town and connects with his family frequently. His level of activity is what I define as a demanding lifestyle for hearing.

To ensure a successful fit for such an active lifestyle, I let him try a variety of manufacturers so he was confident in his hearing.

He dropped in during one of his demo phases and Karen was in her office, so he popped his head in and said “hi” to her. He made a slight comment about having challenges hearing women’s voices, so Karen wanted to dissect exactly what the challenges were so I could help Bob hear his best.

I know Karen’s history so I know why this such a heartfelt purpose for her. Her own father, Jerry, had an undiagnosed hearing loss for most of his life. His loss was very limited to just a few frequencies. During the first dinner after he started wearing hearing aids, it became painfully obvious how much he had missed out on hearing with his loss. Karen was her normal chatty self and Jerry turned to her with a shocked expressions and made the statement, “you’re very chatty tonight.”

Karen shared with me later how hurt, angry, and humbled she was by those few words. She had always thought her dad ignored her. It never occurred to her that he simply didn’t hear her. This is why when it comes to hearing women's voices Karen is passionate about helping you hear your best.

So, Bob mentions he struggles to hear women’s voices in TV and music. Also he struggles when he is sitting in the backseat of a car.

Bob is currently wearing a higher end hearing aid that offers more flexibility to assist specific areas of hearing loss. I was able to adjust three internal settings, speech in noise, noise reduction and soft speech. I adjusted each of these settings from the manufacturer default setting to one that was specific for Bob’s listening preference.

If you also struggle to hear women’s voices clearly, your grandkids playing, or you haven’t heard the birds that migrated this season, call us to have your settings adjusted to your listening preference.