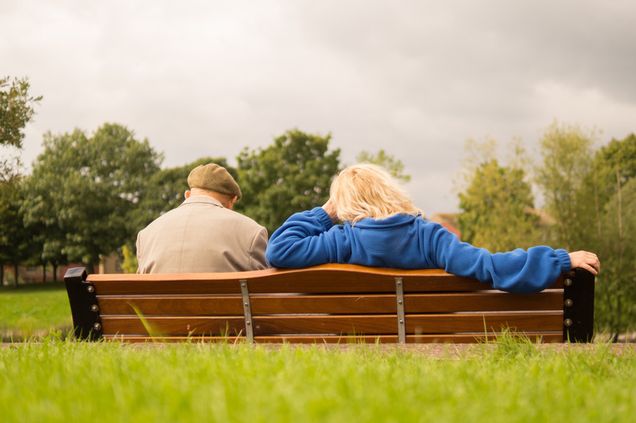 A new client came in and was very skeptical that hearing aids would benefit his life. He and his wife, come down from up north for the social season in our Venice area. Part of their social life includes restaurants, group events at their community clubhouse, and visits with friends. His wife enjoys going to family owned restaurants.

He was confident that his loss was not affecting him. He wasn't missing much in conversations, and he could ask those around him to repeat themselves. He was certain that it wasn't such a dramatic loss as to need hearing aids.

He wasn't aware that his loss was affecting those around him, especially his wife. It is always, those who want to talk with you that are affected by your hearing loss.

I don’t know how long his wife had encouraged him to come in to have a hearing test, but he finally came in. His test showed that he has a moderate loss.

He agreed to take advantage of my offer to demonstrate hearing aids from different manufacturers and compare the sound clarity.

While wearing demo hearing aids, they went out to restaurants and visited with friends. He mentioned the devices were working well. He was able to understand in restaurants without having to change programs too often.

He also said the sounds were tinny, not his preferred sound quality, but he did hear better. This is exactly why we offer a demo comparison. His brain was looking for a different sound quality, based on his feedback. I invited him to try another manufacturer that has a mellower sound.

He came back after his second week with just one question, “why doesn’t everyone help like this?”

He said I really listened to him and wasn't just telling him how wonderful hearing aids are. He said having the option to try the different sounds from each manufacturer really helped him understand that his moderate loss was affecting his friends and, more importantly, his wife.

If you are asking friends and family to repeat themselves during conversations and are wondering if you have a loss, call for a free evaluation, 941-244-9300.