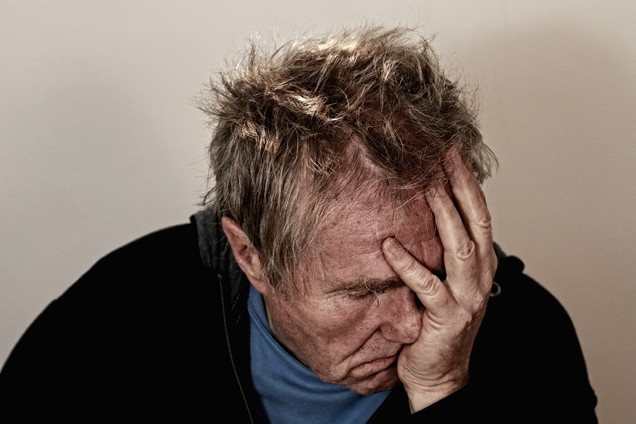 We have a client, Bill, who has been with us for the past 12 years. Bill always had a joke or a funny story ready for us at his very early morning appointments. I always enjoyed our mornings that started out with Bill. Unfortunately, Bill doesn't come into the office with a funny story anymore. Bill has become a statistic. He is being treated for dementia.

I notice years ago that he didn't wear his hearing aids every day. When I told him to wear them daily, he said he wore them when he needed to. Bill was committed to being here for his appointments but on more than one occasion, he showed up without his hearing aids. He was not wearing his hearing aids and over the dozen years we have known him we have watched him struggle more and more to process conversations.

I knew wearing hearing aids would improve his ability to listen to conversations with ease, and I tried a multitude of ways to get Bill to understand what he was losing. I teased, begged, and implored him. Without sounds and conversations to process, his brain slowed down. He has other medical conditions that have exacerbated this condition. Research has shown time and again that hearing and being socially engaged will prevent cognitive decline.

A recent study, "Self-Reported Hearing Loss, Hearing Aids and Cognitive Decline in Elderly Adults: A 25-year Study", released in October 2015 and published in the Journal of American Geriatric Society summarized the effect of untreated hearing loss on mental health. The study showed that participants with hearing loss who did not use hearing aids had a more rapid cognitive decline, while those with a hearing loss who used a hearing aid had no difference in cognitive decline compared to those with normal hearing.

A separate study by Dr. Frank Lin at John Hopkins found a strong link between degree of hearing loss and risk for developing dementia. Even a mild hearing loss (identified as more than 25dB) were twice as likely to develop dementia as those with normal hearing loss. (People with mild hearing loss struggle to hear womenâ€™s voices and they tend to say that people mumble.)

Just talking to people and listening to them will keep your brain healthy. Yet, for people with a hearing loss this is the primary challenge.

We have seen the implications of this over the years. When people delay getting hearing aids, we see them withdraw and struggle to be engaged in conversations. We see the tension they have to keep up with the chatter at the table. These are all indicators of social isolation and withdrawal that are the initial signs of dementia. The studies indicate that untreated hearing loss is associated with increased risk of dementia and a more rapid decline of mental health.

Unfortunately, the time Bill spent in his quiet world has left him struggling to understand conversations, and he no longer jokes around with ease.